The Reed Relay Scanner Card provides 10 four-wire channels of analog signal acquisition, with a switching rate of up to one-hundred-fifty channels per second. A channel can be randomly selected (closed) by transmitting ASCII characters from the system controller (calculator or computer) to the CDS System.

The Reed Relay Scanner Cards can be plugged into a card cage to provide scanning of one-hundred channels.

BITE
Ten LEDs provide Built-In-Test Equipment (“BITE”) for the Scanner Card. An individual LED will be lit when its corresponding channel is closed.

Reed Life:
At least 10^7 operations per channel at rate load of 10 Watts. 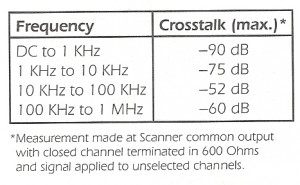 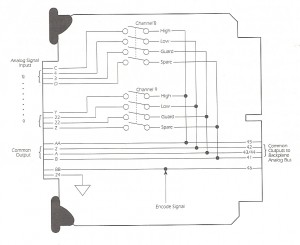