The 53A-258 Octal D/A Card consists of eight independent, and independently programmable, single-ended digital-to-analog (D/A) converters with plus and minus three decimal digit resolution. Each of the eight outputs can be programmed from -9.995V to +9.995V in 5 millivolt steps.

BITE
Built-In-Test Equipment (‘BITE”) consists of eight LEDs, one for each of the D/A channels. A lit LED indicates the corresponding channel was the last channel to be programmed. 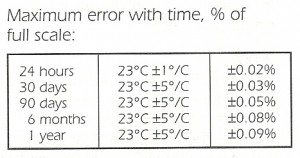 Note: A 53A-723 Analog Cable may also be used with this card, but provides connections for channels A through F only.